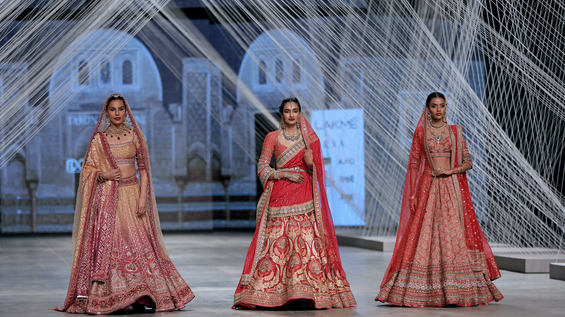 Tarun Tahiliani after his intriguing preview on the opening day of the event on October 5, 2021, set the pace for the physical showcase when he showcased Indian textiles, crafts and artisanal genius on October 7, 2021. It was the grand opening of the FDCI x Lakmé Fashion Week by couturier Tarun Tahiliani wherein he unveiled his extravagant collection which comprised of ten diverse capsule lines for Autumn/Winter 2021.

Imaginative, vividly coloured, and designed to showcase Tarun’s signature drapes with a contemporary twist, the ace couturier unveiled the collection as a digital and a physical show, which married his craft-rich aesthetics with a refined approach. With more than three decades of experience, the designer has left a memorable mark on the industry. Be it reimagining the classic Indian drapes or adding an artisanal quality to any look, Tahiliani has created a groundbreaking body of work by pushing the envelope while staying true to his roots and going deeper into his heritage and offer contemporary solutions.

The digital preview which was unveiled on October 5th was showcased through a special film that had been commissioned for the occasion in a beautiful modern Indian bungalow recently designed and built in Delhi.

The new-season line-up was presented at a difficult time, that had not only upended our lives but the way we dress up as well. The collection was, thus, curated with a conscious effort to allow its wearers to rethink their wardrobes with effortless fluidity and timelessness of Indian crafts. Bringing a contemporary touch to these classic traditional crafts, Tarun selected fabrics like organza, silk, brocade, tulle, raw silk and then added crushed chanderi for more variety.

Ecstatic to return back, Tahiliani said, “Having seen all that got produced at the India Couture Week, it was great to come back to Indian fashion, which had also taken a back seat during the pandemic full of sweatpants and easy-breezy living. With this presentation we showcased our collection of draped evening lehengas, occasion-wear and bridal looks with a serious modern twist.” He further added that the Autumn-Winter ’21 show, The Reunion, which took place as a physical show on the 7th of October, was aimed at bringing back a night of revelry and fun. “It was an invitation to a sundowner where we met loved ones again, and celebrated our togetherness, our souls and our lives”.

A multiverse of inspiration, the AW ‘21 collection was a compendium of time-tested craft techniques brought to the forefront as mini capsule collections – Molten Haveli, Temple Mauli, Pichwai, Chikankari, Pakeezagi, Divine Drapes, Shesh Mahal, Ragrez, Brocade and Bridal as part of the larger showcase which was ‘The Reunion’.

Celebrating deep tones of reds, greens and golds, Molten Haveli took a deep-dive into jaali patterns, where the luminous tones played with light and shadow while highlighting the intricacy of each manipulation by means of cascading lehengas designed for intimate celebrations. Another collection celebrating the majestic colours was Rangrez, wherein thousands of meters of woven brocade strips were cut out and applied on different forms. Inspired by the auspicious looks from the scene outside Badrinath temple along with the Rabari craft, Temple Mauli was an expression of an eye-catching, vivid colour palette created with the help of textiles like organza, silk, and brocade. This was showcased in an array of wide-ranging silhouettes like lehengas, kurtas, shararas, conceptual saris, gilets, and capes, soaked in a multitude of motifs.

Moving from Badrinath to Rajasthan, the Pichwai collection took inspiration from the ancient Indian paintings of the state, which depicted monochromatic scenes of the Raasleela and Tahiliani’s traditional motifs from peacocks to cows and lotuses. The Chikankari capsule was reminiscent of the tomb of I'timād-ud-Daulah in Agra, whose latticed carvings and inlay work formed the basis of the motifs. Lastly, the bridal capsule saw the traditional bridal reds along with the renowned beiges and pastels which have formed the backbone of many collections by the designer.

Guided by the philosophy of creating, “A new way of life, a new way of thinking, a new comfort for Indian fashion,” Tahiliani’s Autumn-Winter ’21 showcase ushered in a new era of style for its patrons. As an exclusive pre-launch initiative, and as a precursor to global scale marquee events, the guests of the Opening show got a sneak-preview and experience of the Jio World Convention Centre (JWCC) in Mumbai’s commercial hub Bandra-Kurla Complex.  Jio World Convention Centre has been envisioned by Mrs. Nita Ambani, the founder and head of India's largest corporate foundation and initiator of world class efforts in fields like education, healthcare, sports and the arts. The Jio World Convention Centre, offers India’s finest, largest convention and exhibition facilities and aims to put India firmly in the fast-growing global convention and exhibitions eco system and to be an enduring contribution to India and the city of Mumbai. JWCC is part of the much awaited mixed-use, one-of-its kind development – the Jio World Centre - which is set to become an iconic business, commerce, and culture destination, making India and Indians proud. FDCI x Lakmé Fashion Week gives a sneak- peak into JWCC before the full launch of the Jio World Centre later this year. The Centre is spread over 18.5 acres, is equipped with world class facilities, state-of-the-art technology and is purpose-built to host some of the world’s leading events and conventions.

Sunil Sethi, Chairman FDCI said, “The Tarun Tahiliani label is one of the most pioneering labels in India. It has been an absolute pleasure to have the master courtier showcase his latest work at the joint phygital edition of FDCI and Lakmé Fashion Week. There couldn’t have been a better way to kickstart the on-ground, live showcases.”

Jaspreet Chandok, Head RISE Fashion and Lifestyle said, “Tarun has always set an unparalleled benchmark with all of his showcases. We couldn’t have been happier to have his latest collection kickstart our physical showcases at the Jio World Convention Centre.” 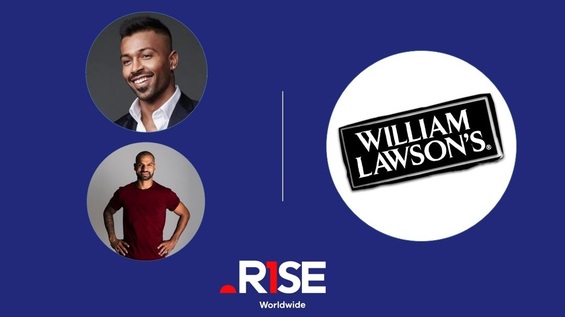 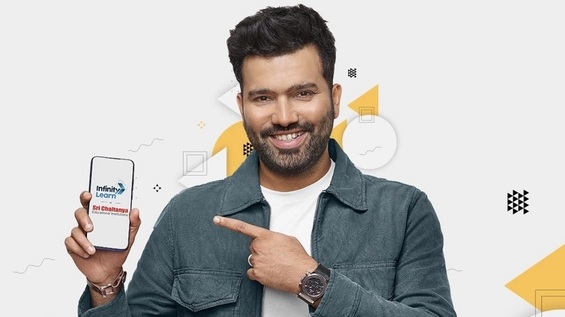 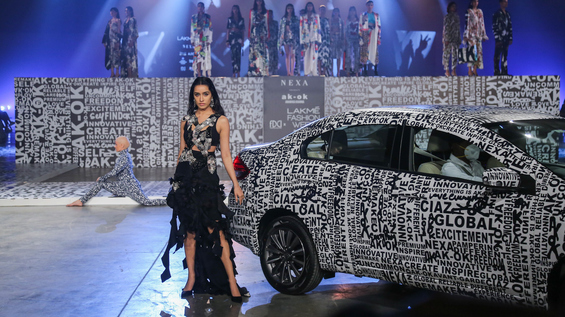